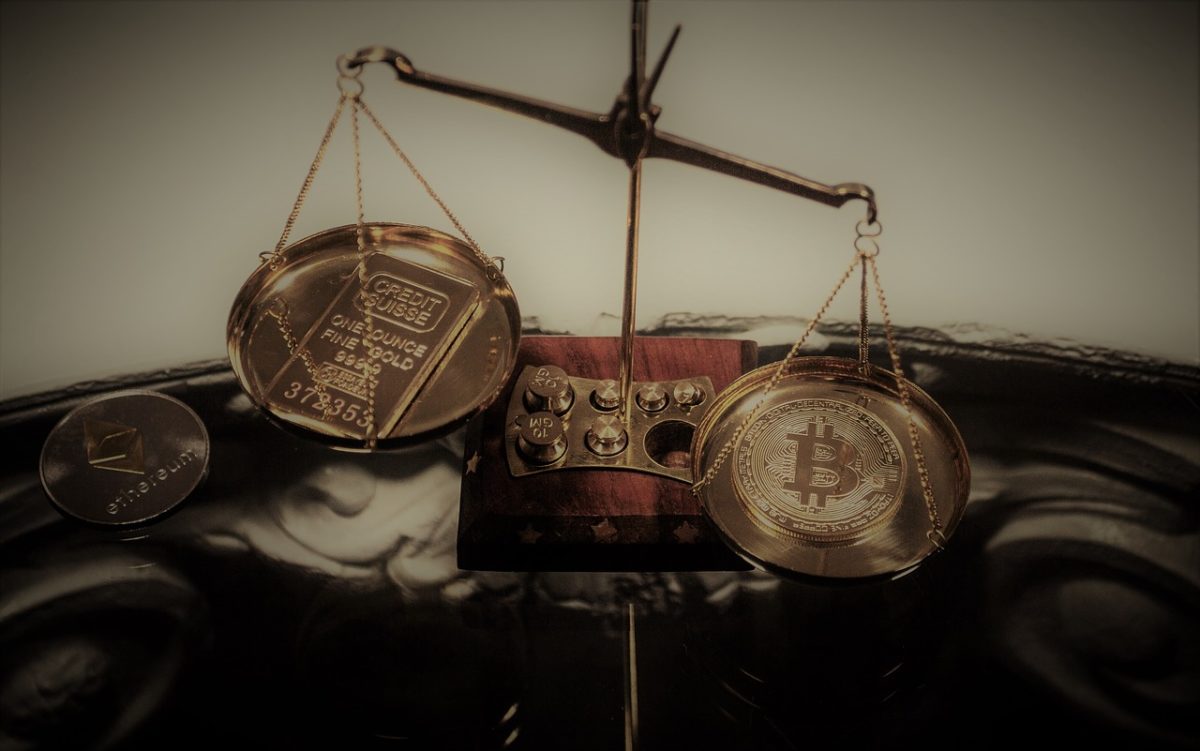 Price = equilibrium of supply and demand

In 1776, Adam Smith published his book "The Wealth of Nations". In the book, he described the influence of price as an "invisible hand" and explained the rules of supply and demand for the first time. These rules do not apply to fiat currencies, where the central bank determines the price with defined inflation targets.

The idea of an independent, digital currency was born in part because of the failure of policymakers and, ultimately, central banks during the 2007/2008 financial crisis.

Unlike fiat currencies, the Bitcoin exchange rate is not determined by a central bank, but by the actions of market participants. The willingness of traders to buy depends on many factors. The Bitcoin price is ultimately the balance of all influencing factors on the part of supply and demand.

The markets always react very sensitively to economic, political or corporate news. If we take a look at the reasons behind price developments, we can see that specific news is usually responsible for buying or selling behavior.

The question arises, can economic theory, adequately describe the changes in the bitcoin price? Certainly, short-term speculative investment incentives or expectations play a role, but in the long term the market regulates itself. In the following article, we will look at fundamental factors that have an essential influence on the bitcoin price.

When bitcoin was introduced, the maximum number of coins was limited to 21 million. This was to eliminate the risk of inflation. This fact is a big plus. Many investors realize this and use the Bitcoin as an escape currency. Another advantage of the currency is its independence, because it is impossible to change transactions or freeze accounts.

Through mining, new coins are created every day. This increases the supply of Bitcoins. According to experts, it is expected that the upper limit of 21 million coins will be reached by this regulation around the year 2030.

So-called halving is a process in which the compensation for mining is halved per block. The miners' rewards are thus regularly reduced, as is the supply of coins. Halving, in turn, lowers the price of bitcoin - usually only for a short time.

These halvings are a guiding principle of the digital model. Bitcoins are issued at a steady pace. This allows inflation to be controlled. This is one of the differences to fiat currencies, where the money supply is not limited.

Since Bitcoin's launch on January 3, 2009, 3 halvings have already occurred. More will follow:

Demand from the economy

In August 2020, the MicroStrategy company started investing its profits in cryptocurrencies. By May of 2021, the company built up reserves of ₿ 111,000. MicroStrategy is the first major company to compensate its board of directors with bitcoin.

CEO Michael J. Saylor is the driving force behind this strategy, meanwhile advising other companies to build reserves in digital currencies. As more and more companies start exchanging their profits into digital currencies as reserves, demand increases and so does the exchange rate.

Paying with Bitcoin is becoming increasingly socially acceptable, and the number of companies accepting Bitcoins is on the rise. Since 2017, pizzas can be paid with Bitcoins. A&O was the first hotel chain in Germany to enable payment by Bitcoin. CEO Oliver Winter feels this is a significant step towards making the booking process easier, in line with the company's motto "At A&O, everything is uncomplicated".

The more companies offer Bitcoin as a means of payment, the more customers pay with Bitcoin, which in turn puts pressure on the competition. A positive price spiral is established.

Due to the increasing institutionalization of crypto trading, large investors will increasingly invest their capital in electronic currency in the future. For example, the well-known British Barclays bank entered into a cooperation with the first and currently largest US trading platform for cryptocurrencies Coinbase. If other traditional banks follow the example of the British bank, then a price increase can be expected, de the supply tightens.

According to the market economy principle of supply and demand, some reasons can be found that decisively shape a positive price trend of cryptos. With the growing awareness among the general public, the acceptance as an investment with stable value is increasing. Increasingly, not only wealthy investors are asking their banks to buy digital currencies as an admixture for the portfolio.

Bitcoin is sometimes referred to as digital gold because it has the highest trading volume of all digital currencies. If you compare the market for cryptos with the gold market, you can see clear differences in size, and this is precisely a problem that can explain the extraordinary price fluctuations of the Bitcoin. If the trading volume of bitcoin were as high as that of gold, the price would also be more stable.

Reduction of supply due to lost bitcoins

The well-known analyst Timothy Peterson believes that 21 million Bitcoins will never really enter circulation. According to his calculations, about 1,500 coins are lost every day. The reasons are different. Most often it is crypto owners who have misplaced the key to their wallets and thus can no longer access their digital money.

The cost to reactivate an account that is no longer accessible can be higher than the electronic money is worth. Lost Bitcoins reduce the supply, if the demand remains the same, the market equilibrium is established via price increase, additional demand "leverages" the price increase.

Political regulation of the crypto market

Not least due to the increased media attention, the topic of digital currencies has now also reached the political and legislative spheres. Experts are not the only ones to estimate that the technology behind digital money will permanently change the capital market in the coming years. Specific laws and regulations on tax treatment have been lacking in Germany so far; the Federal Ministry of Finance wants to change that.

In a draft letter dated 17.06.2021, the Ministry of Finance is for the first time commenting in detail on individual issues relating to the tax treatment of digital currencies. As soon as the legal framework is created, it is to be expected that investors who attach importance to acting in accordance with the law will now also invest.

China's approach differs from that in Germany. At the beginning of June 2021, the Chinese government took the announced mining ban in Sichuan province seriously and several Bitcoin farms had to close down. The government justified the step with the concern, around the extremely high energy demand of the mining. Bitcoin is losing 90 percent of its mining capacity.

Bitcoin mining is a decentralized system and it is only a matter of time before miners move to other locations and mining picks up again. Countries such as El Salvador and Paraguay, which see mining and digital currencies as a lucrative business and want to attract miners with electricity from renewable sources as well as a political openness, are being treated as particularly hot.

News from the field of cryptocurrencies

When Elon Musk announced at the beginning of 2021 that his Teslas could be paid for with Bitcoin in the future, he caused media attention and crypto hype. The Tesla boss is the Bitcoin's price whisperer and announced in mid-May that his company would not accept Bitcoins as payment after all for climate protection reasons, a price slide followed. In mid-June 2021, the Tesla boss did it again, after he announced that he might accept Bitcoin as an alternative means of payment after all, the price rose.

The question now is, can Elon Musk or another opinion leader influence the price at will? Or will bitcoin continue its price gains based on the fundamental factors mentioned above? The technical concept, the cap, the halving, the increasing acceptance of Bitcoin as a means of payment, the creation of a legal framework as well as the regulation of the tax treatment - many things speak for an increasing acceptance and further price increases.

Disadvantages of CFD trading with cryptocurrencies

Bitcoin CFDs as an alternative to real bitcoins