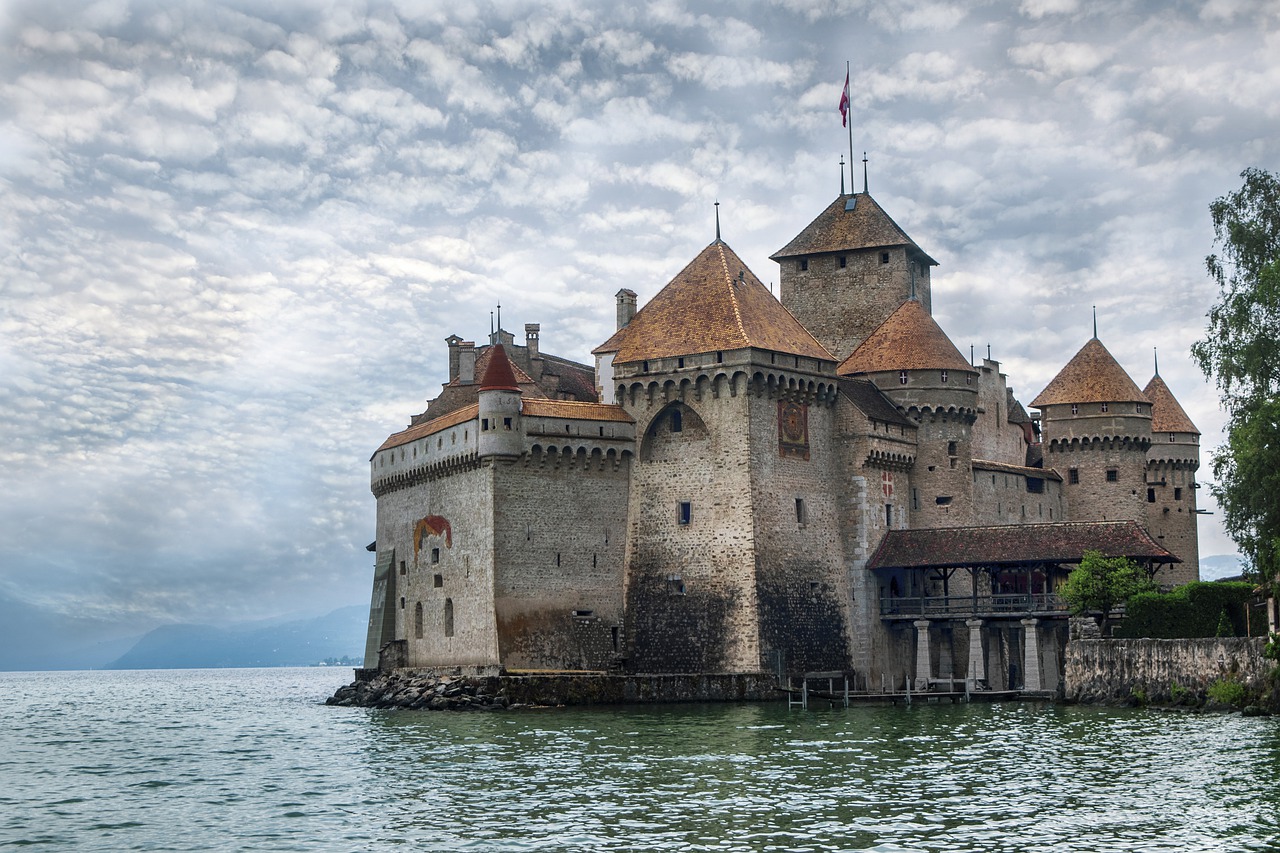 Moat shares are special shares of companies that have a stable and future-proof business model. The term was originally coined by Warren Buffet and is nowadays popular among many investors for long-term investment. But also trading with moat shares can be interesting and complement the financial investment.

What are moat shares?

In the literal sense, a moat refers to an obstacle to approach, which was often located in the forefront of medieval castles or fortresses. The aim was to prevent enemies from entering the castle or fortress. In financial jargon, this refers to the competitive advantages that one company has over another.

The term moat is therefore particularly popular in the context of moat stocks, which are stocks that seem to stand out from the crowd in their respective industries and are reputed to be virtually unassailable, valuable stocks. The use of the term moat shares goes back to a "Chairman's Letter" of the company Berkshire Hathaway from 1986, where it was used for the first time.

In it, Warren Buffet described an imaginary moat that quality companies would have in front of their competitors (literally: "the moat protects a valuable business castle"). This refers to companies with above-average stability that provide the best possible support for both wealth preservation and long-term wealth accumulation. Added to this are a secure business model and other competitive advantages.

What should be considered when selecting moat shares?

Anyone who decides to trade in moat shares must first identify them. The extent to which a share earns the title as a moat share (or can keep it in the long term!) depends largely on the following criteria:

In the following subsections, we would like to explain in more detail the individual criteria that should be taken into account when selecting your Burggraben shares.

This is about the special knowledge that the company in question has and has had protected against the competition, for example, with the help of patents. An example of this would be the patent recipe of the consumer goods manufacturer Coca-Cola. This category also includes particularly qualified employees or production processes that cannot be replicated by the competition.

Equally important are the laws in the country where the company operates. Here, for example, monopoly positions deliberately created by the government could be mentioned, which prohibit competition. But the sale of certain products or product variants could also be prevented by law. Ideally, the company should therefore use a sales market that is as free as possible - such as the USA.

Once a company has achieved a certain level of sales and market power, it can steadily expand its competitive advantages. The risks of launching new products on the market or opening up new markets are then also steadily reduced. This quickly creates a monopoly position that cannot be disputed by potential competitors. Google or Microsoft could be cited as examples of this.

The more sales, the greater the purchase of raw materials, services and other items that companies buy from their suppliers. This creates a certain economy of scale, which can reduce costs enormously. Accordingly, it is also important to have a good network with various suppliers, partner companies and the broadest possible customer base or sales market.

A good company stands and falls with good management. It could offer the world's best products or services. However, if the management is poor, sooner or later this inevitably affects the success of the company. Highly qualified employees in the management area must and can often recognize trends at an early stage and integrate them into the individual corporate strategy.

Large and, above all, globally active companies can accept large orders, establish new divisions, develop products and make acquisitions without, for example, having to take unnecessarily large risks. After all, where there is already substance, it is generally much more difficult for it to disappear again. The bigger the company, the better!

The 20 best moat shares listed once for you

The choice of moat stocks is huge. Here you can find a list of 20 interesting moat stocks:

Due to their fundamental characteristics, moat shares are rather intended for long-term investment. Many large investment funds invest the majority of their capital in moat stocks. Moat stocks have a lower fluctuation risk compared to penny stocks or growth stocks. For private investors who do not want to spend a lot of time on their own portfolio management, moat stocks are an interesting choice. Among other things, they are suitable for the buy-and-hold strategy of long-term investment.

If you want to get more out of the prices, you can take greater advantage of the fluctuations in the stock market with, for example, CFDs on moat shares. However, it is important to note that with CFDs there is also a corresponding risk of loss.

Why trading with moat shares can make sense!

In our view, trading in Burggraben shares makes sense from several points of view. This is because moat shares often pay regular and steadily increasing dividends and are highly valued by private investors for this reason alone. They therefore create value, recover quickly after lows and therefore appear to you as a potential trader as an equally interesting CFD speculation object. Recurring patterns such as dividend ex-days, publication of annual reports or other news that affect the prices can be used here.

CFD trading offers you the possibility of how to best take advantage of existing trends. A strategy that deals with this concept is the so-called "trend following strategy". It is one of the oldest trading strategies and involves following an existing trend (whether upward or downward).

In CFD trading, this can be implemented accordingly with the help of "long" or "short" orders. The aim here is to open the position at exactly the right moment of the trend and then to keep it open only shortly before the end of the trend following. Ideally, the trend following strategy is then supplemented by the two order commands "stop loss" and "trailing stop". While the "Stop-Loss" in itself only triggers an automatic closing of the position as soon as it falls below a certain [loss] value, the "Trailing-Stop" order command ensures that the "Stop-Loss" is automatically pulled along with the position the further it moves into the profit zone.

CFDs can also be used to hedge your individual securities portfolio. This is also called the "hedging strategy" or "hedging". For example, if you hold a portfolio of German DAX stocks and would like to hedge this against impending price losses for a short time, you open a parallel "short position" on a DAX CFD. CFDs are suitable for private investors for hedging, because you do not have the effort to sell the shares from your own portfolio and pay the associated order fees.

However, it is also important to pay attention to the "beta", or the "tracking error". The beta measures the risk and volatility of your portfolio compared to the broad overall market - "1" means that your portfolio fluctuates in line with the market, less would mean that it is less volatile and more would mean that it is subject to more fluctuations. Tracking error again means the deviation of your portfolio's performance from the broad overall market. In the case of the beta and the tracking error, a portfolio consisting of German blue chip stocks and the DAX could again be used as an example.

FAQs on the topic: Trading moat shares as CFDs

Answer: These are shares in companies that have a competitive advantage over their rivals that is difficult to catch.

Answer: Moat stocks tend to be less volatile, which is why leveraged CFD trading in Moat stocks is somewhat less risky. There are also various trading strategies that can be used to hedge portfolios of moat stocks from potential losses using CFD trades.

Answer: Well-known representatives can be found above all in the area of "FANG stocks" (Facebook, Apple, Netflix, Google). However, well-known consumer goods brands such as Coca-Cola or Colgate-Palmolive, for example, also represent excellent moat stocks.

Conclusion on the topic: Trading moat shares as CFDs

CFDs can be used to hedge a stock portfolio consisting of moat shares. However, note overall that CFD trading itself is highly speculative! About 80 percent of all German private investors who trade CFDs lose their money! Therefore, use only that money for CFD trading, whose loss you could get over in any case! In any case, we wish you much success with your individual "moat shares" CFD strategy!

10 reasons for trading with shares

Should I trade CFDs or better stocks?

Disadvantages of trading with stock CFDs